Abu Dhabi: the gateway to amplifying your fintech startup

Back in 2017, Bahrain’s regulatory sandbox was just launching, and excitement was building in the MENA region and abroad about the possibilities and achievements it might deliver. By early 2020, dozens of fintech companies – from startups to mature tech players – had taken advantage of the new scheme. But the journey, as always, started with one fintech startup.

Meet Tarabut Gateway, the brainchild of tech entrepreneur and native Bahraini Abdulla Almoayed. The company is now so successful it has opened two new branches in the UAE, one in Dubai and the other in Abu Dhabi’s global tech ecosystem, Hub71. 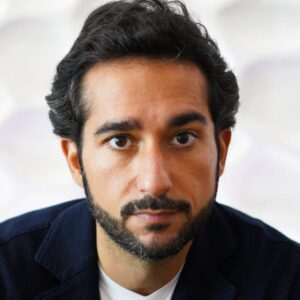 Describing the company in an interview, Almoayed says, “We like to say we’re building the MENA region’s modern pipeline – it’s not oil and gas anymore, it’s cutting-edge fintech.”

The company owns and operates the Middle East’s largest open banking platform – and anyone who’s in the banking or tech world knows that universal banking APIs are the talk of every town.

“What we’re doing is allowing instantaneous, secure, low-cost banking transactions and transparency,” explains Almoayed. “We wanted to connect people from Beirut to Manama to Kuwait, and we realised, we’re ready to take over the world with this, and we need a location that will allow us to do that.

“We needed an ecosystem within the MENA region that is really connected to everywhere, but at the same time has advanced regulations, such as those within Abu Dhabi Global Market (ADGM) and that allows us to basically mobilise and give us what we need.”

So, the enterprising entrepreneur and his team went scouting for locations that could introduce them to venture capitalists and tech partners, while also being a great place to find talent. They found the perfect place in Abu Dhabi.

“We were firm on the decision that we had to find a tech accelerator – that was the next logical step – and when we stumbled upon Techstars x Hub71, we knew that was the program for us,” he explains.

An easy place to do business

With four startups under his belt in other jurisdictions, including Jersey, the tech CEO is no stranger to what makes a great regulatory framework, financial centre or ecosystem. And he’s not short on praise when it comes to his experience of Hub71 or ADGM: “We drafted the articles of association. We got everything structured. We got everything signed and the company set up over there during Covid and you know what? I didn’t have to fly over even once – they did everything virtually – that’s how switched on and proactive these guys are.

“The lack of red tape and bureaucracy and the ease of doing business was just so key for us,” he says. “Because the biggest deterrent to innovation all over the world is bureaucracy. When you start assessing regulatory frameworks and ecosystems around the world, the more flexible regulated ecosystems or dynamic regulators are the ones that embrace innovation. These are the ones where developers, innovators and data scientists want to go because you’re encouraged to think outside of the box.

“If you have the opportunity to incubate or grow your fintech startup from under their wing, then I think it is a golden opportunity to be scooped up or be seen or be able to accelerate your journey as an entrepreneur.”

It looks like the tech entrepreneur isn’t the only one with that opinion – according to recent data, startups from around the world are flocking to Abu Dhabi, looking for partnerships with Microsoft, Plug and Play and the Techstars x Hub71 accelerator programs.